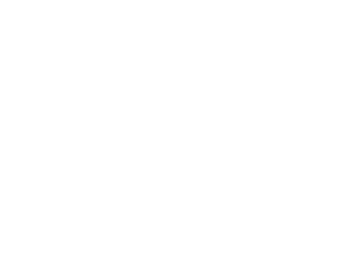 The crisis in Ferguson, Missouri should have been a wake-up call that should have prevented the Baltimore riots from happening. The Baltimore crisis should be the wake-up call that prevents the next community crisis from happening. These are only two community crises that should warn us all that more will follow, if crisis management action isn’t taken.

Most amazing to me is how frequently police officers are caught on video these days doing something wrong. A law enforcement agency can have 1,000 perfect officers, but they only need one rogue police officer to bring an entire department and community to its knees. The number of unjustified shootings and arrests being captured on video is astounding. Each becomes a high profile example of a growing problem, regardless of all of the many justified arrests made by officers.

The margin for error is small. Wake up. Video cameras are everywhere. This is not a suggestion that officers need to learn how to avoid being recorded and caught. This is a suggestion that crisis management in communities must begin with self correction of bad behavior. Good cops need to weed out the bad cops. Police departments need to establish new integrity standards to weed out the bad officers before their behavior paralyzes another department and community.

Likewise, elected officials and police chiefs in every community need to enact crisis management techniques designed to aggressively weed out the rogue individuals who wear a badge. The high cost of human life and community destruction demand it.

As part of a crisis management strategy, elected officials need to start managing the crisis of poverty, under-performing schools, unemployment, and other community problems. No small task, but again, the high cost of human life and community destruction demand it. Aggressive policing in a high crime area doesn’t correct the problem, it only treats the symptom.

Preventing a crisis is economically more affective that dealing with the crisis and the aftermath.

Those of you in business, likewise, need to exercise your own crisis management by meeting with elected officials and law enforcement to hold their feet to the fire to make sure they are taking action. Their failings hurt you financially.

As we’ve seen in Baltimore, Ferguson and other communities, businesses are incapacitated and often destroyed when the crisis gets out of hand. Business pays a heavy price.

As it stands now, Ferguson and Baltimore have ignited the fires of frustration. Each serves as a model for the next community to follow. Now that the die is cast, you can expect each sequential crisis to be bigger than those before it.

The task of proactively changing a community is difficult. Failure to tackle the difficult task is costly.

What will you do?