Robert Durst has a crisis on his hands here in New Orleans. He is under arrest on murder charges, because of a major media interview goof-up. While being videotaped for a documentary on HBO, he went to the bathroom while still wearing the wireless microphone.

In every media training class I’ve ever taught, I’ve said, “Assume the camera is always rolling and that the microphone is always recording.”

Durst, suspected of three murders, mumbled to himself, while in the restroom and still wearing a wireless microphone, “What the hell did I do? I killed them all of course.”

Outside the restroom, the video camera was still rolling. 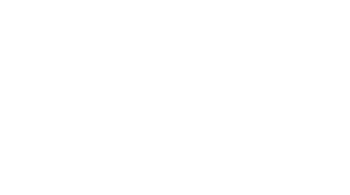 Every media pundit and legal expert is speculating about whether the recorded mumble was a self-confession or the mumbles of someone who talks to himself. But for the sake of this article, it doesn’t matter.

What matters is that a crisis has taken over the life of someone who was careless on camera and someone who should know better. His life will be thrown into turmoil because of that microphone and video camera.

The lessons for all of you who must do interviews with the media is to assume the microphone is on and that the camera is rolling and recording at all times. Presidents have been burned by this and news anchors have been burned as well.

(It was somewhat ironic to see John Roberts covering this story today for Fox, knowing he is married to a friend of mine who wore a microphone into the CNN bathroom during a live presidential news conference, only to have her confidential remarks broadcast around the world.)

Rule 1: Only put the microphone on just before the interview starts.

Rule 2: If you whisper anything to anyone while wearing the microphone you can assume the audio technician and the videographer will hear you, among others.

Rule 3: If you have to go to the bathroom, take the microphone off.

Rule 4: As soon as the interview is over, take the microphone off.

Rule 5: Remember there is also a boom microphone on the video camera that can still pick up your audio.